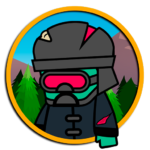 By the will of fate, in the midst of a zombie apocalypse, you found refuge inside the tree house. But every day the number of zombies increases, and the food for them is becoming less. The aggressive dead are not averse to regaling with your brains, and no tree will become an obstacle for them. In order to repel the armies of zombies, you have to assemble a group of survivors, arm them and accumulate enough ammunition with supplies. Build animal traps, rainwater filters, defensive fortifications, spikes and saws to kill zombies, craft bullets and upgrade weapons. Go to raids around the district, share resources with your neighbors, meet new partners, collect abandoned resources and supplies. In addition to zombies, you can meet both friendly groups of survivors and gangs of marauders. Agree with them, attack or rob – it’s up to you.

Choose the style of defense that suits you best: point shooting with sniper rifles, indiscriminate automatic rifle fire, or support with shotguns. Will you donate a squad when meeting with marauders or give a fee for the passage? Every working hand is also an extra mouth. Save all certainly will not work!

Planning and rigorous calculation – the key to success! But be prepared for the gifts of fate. At any time, your teammates can leave the group, taking with them a large part of the supplies. The bitten ones can hide their condition until the last moment – as a result, not only they, but also other members of the group may suffer. Wild animals can take away part of the supplies, inept handling of fire can lead to the loss of part of the ammunition, missing canned food can lead to eating disorders and unplanned weekends… But there will be time for pleasant events. Isn’t it nice to live at least one more day?

– instead of a tree, now the house, with the possibility of building additional rooms;
– the number of people is limited by the number of rooms (2 people per room);
– people and buildings can be freely moved both inside the house and outside;
– protective buildings can be repaired;
– people have experience, levels and improved characteristics;
– the playing field has become wider, now you can swipe it to the left and right;
– added new buildings (fires, fences, fuel generator, electric fence, mine, barbed wire);
– diesel generator may stall;
– added zombie pens;
– the mode of catching zombies in the form of rifle tranquilizers;
– caught zombies can be enhanced by feeding them other zombies;
– caught zombies can be used to attack other people’s camps;
– on the raid map now there are 3 types of locations: destroyed houses, foreign bases and places for catching zombies;
– before attacking bases or destroyed houses, you can first examine them, assessing the chances;
– the exchange is completely redone: now the merchant may have a weapon, the amount of resources is limited and changes every day, you can add several types of resources during the exchange;
– the raid can only be walked once a day, but already in the raid it is possible to change the map;
– the number of actions is not limited to the number of people;
– in the absence of cartridges, people fight off with rifle butts;
– people may not have time to use the first-aid kit;
– if all people die – you lose all weapons, start the game from the first day with the new survivor, but the resources and buildings will remain in place.
– in raids you can meet merchants who may have more resources for sale or less worn-out weapons;
– in raids you can also meet a gunsmith, who can repair weapons for food;
– a global rating has been added to the online mode;
– rating points are given for the seizure of enemy houses;
– the rating is calculated by the formula: the number of people in the house is in the square;
– a separate help to the house mode has been added to the main menu;
– added in-game purchases (bullets and details).