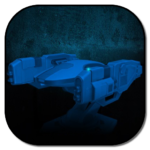 Xeno Defense does not follow the generic Tower Defense game style. In Xeno Defense you are in charge of the position of the turrets that you place on a grid, which in turn leads to you being able to create your own paths for the Xenos to follow. The more complex path you create, the bigger the chance of you finishing the level.

Not only can you affect the path that the Xenos follow, but you will also need to manage your finances and decide on whether it is more viable to build more turrets or upgrade existing ones. Strategic placement of different turrets is key, since each turrets has it’s place and it’s special ability.

In the current state, the game supports:
* Active pathfinding for all monster types
* 5 different types of turrets with different special abilities and traits for each
* 6 levels with an increasing difficulty for each
* Upgrading turrets which increases damage, range and rate of fire
* Diverse monster types, each with different health, speed and kill reward
* Bosses which occur every 10 levels with an increased kill reward
* Flying monsters which fly over turrets instead of following a path
Reworked monster navigation system
Reworked UI to make it more enjoyable on mobile devices
Adjusted turret prices and monster rewards
Added DCA Turret to defend yourself against air units
Added wave timer to keep the gameplay continuous
Added highlight when placing a turret to avoid confusion
Fixed other bugs and imperfections
Adjusted overall difficulty of all levels