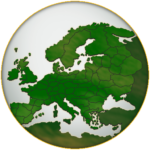 Requirements for the World conquest: Europe 1812 game
: Android version 4.1 or higher
– It is recommended to play on devices with 1GB RAM.
– added the ability to trade and conclude non-aggression pacts
– added the ability to reconquer regions of allies from enemies
– added ability to claim rights to regions
– added highlighting enemies and allies on the map
– Added minor changes that make the game easier
– changed advertising system
– fixed bugs

P.s
The game project lost the last 2 updates, I had to redo them again, there is a chance to meet old bugs.

Conqueror of the world 0.9