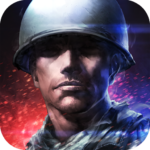 This is a WWII based MMO strategy game which was featured by both GooglePlay and Amazon in 2013. Here in this fun game you will:

–BUILD your city from scratch
–Form alliances to EXPAND your territory
–Raise and COMMAND an unstopable army
–Crush and CONQUER your enemy
–DOMINATE the server and name it whatever you like!

What you will experience in War 2 Victory?

-Detailed Resource Management. Control multiple cities, each producing a variety of resources, and manage a growing workforce. Build up your industry, feed your army, and turn your citizens into soldiers or factory workers.

-Play with thousands of people across the globe. Form powerful Alliances with fellow players to crush your opponents and wage epic wars against other alliances.

-Intuitive missions system guides you through your early development, assuring you get right into the action.
– Free to download and play!

-Easier-to-follow Mission Series! It’s a treasure especially for newcomers. You will find the missions a guide that can help you to get promoted much smoother and gain a great deal of unprecedented useful stuff!

-Free Troops! No longer do you need to wait for days before you can have advanced troops to crush your enemy like a bug. Join now and have your free powerful troops EVERYDAY!

-War2 Victory Hall of Fame! Leave your name in history! You can build up a real Reputation by joining the Launching Events.

Title Features Added
Different titles will give different special effects on production, officers, and troops.
Title will show in front of the player ID in world chat, the city banner, as well as the in the battle reports.