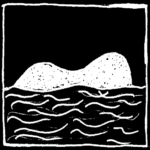 Time of Exploration is a fictional economy simulation that can be played over some days.
Be aware, there are no graphical effects and no colorful animations. It’s up to each player to build his own world in his own imagination.

Gameplay:
In this game you are the leader of a fictional settlement.
You build an economic cycle from building materials over food production to metall processing and weapon production.
Keep in mind the consumption and production amounts of all materials.
Goal of the game is to build one of all building types in the shortest time possible, to reach a high rank in the highscore list.
On every start the game calculates how many resources are produced in the meantime.
Version 1.05:
– fixed some bugs that were caused by new versions of Android
– as often desired: Added dynamic speed of construction (the longer you push the construction button, the faster the buildings are built)
– added a note, how long it takes until the stores are empty
– added a new highscore list
– some small design and translation fixes