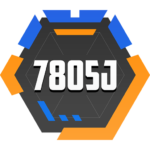 The Longest Game Ever 2 APK

Informations sur l'application of The Longest Game Ever 2 APK

Don’t download this game, it’s terrible. And way too difficult for you.

Why do you think it is called The Longest Game Ever? Because it is long, super hard and with tons of content.
No human has ever finished it, and it’s not a random guy like you who will change that!

I am 7805j, the most sophisticated Artificial Intelligence in the world. If you still decide to play my game, I will do everything in my power to make you give up!

Features:
* Megalomaniac AI who thinks he’s better than you
* Nasty NPCs who will make you feel miserable
* Half-baked mini-games with poor graphics
* Thousands of levels of content in the main storyline
* Ascend to the top of the global leaderboard as you progress through the game
* Compete with your friends on the Facebook leaderboard
* Unlock dozens of achievements and discover secret achievements and easter eggs
* Collaborate with a vibrant community of players on Discord or Reddit to solve the most complex riddles

TLGE2 is anything but a casual game. It is an exercise in tedium, interspersed with occasional trivia, puzzles, guessing games, bomberman, and tappy madness. You will be constantly mocked and belittled by 7805j, yet the addictiveness of the rankings will keep you masochistically carrying on.
Calling it “The Worst Game Ever” would have been just as accurate.

Note: this game requires an internet connection to plan, and to sign in through your Google account. This enables key functionalities such as the live leaderboard, storage of your progress and fraud detection.
We try to minimize the amount of personal information we collect through this process, but Google automatically shares with us your email address and the name you defined in your Google account. We keep this data private and secure, only your pseudonym is visible to other players. You may find more information in our privacy policy.

Articles Similaires of The Longest Game Ever 2 APK