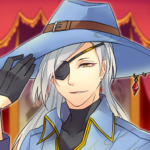 ——Norse myths
“Myths” became motifs of various games in general. However, the actual “story” itself is not well known.

This may be because it’s often focused on the “main character”, “fellows” or “enemies to be beaten” like in the novels or fairy tales. So, it’s not focused on the “introduction”, “foreshadowing” or dramatic “ending” to read or hear clearly.

Norse myths consist of “poets” based on the myths from over 2000 years through verbal tradition.
So it is not an easy “story” to understand.

However, there are many various attractive gods described in Norse myths.
That’s the reason why they often become the motifs or characters of various games.

We are going to decipher these questions by reading the Life of Odin who is a main god in Norse myths.

【Caution】
This App consists of the main story of Odin.
Therefore, other gods are not so active in this story.
Please note it in advance.

This app is the Japanese translated version.
[ver.1.4.2]
Improve safety

Articles Similaires of The Life of Odin – Norse myths APK