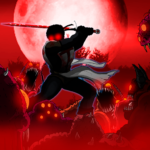 Templar “The Knight of the Red Plague” is an epic adventure set in the darkest Middle Ages fanatical and violent, full of demons, monsters, zombies and blood.

-Potions, armor, swords and objects that will allow you to advance in the game.

-A soundtrack as terrifying as epic and rock.

Texts in English and Spanish

-And especially a lot of fun.

-If the game crashes, restart your phone (the problem will be resolved):)

For any questions or problems: estudio2pastores@hotmail.com
This is a great update for Templar, since I update the entire graphics engine of the game to a much more modern version.
CAREFUL when changing the graphics engine, you will LOSE all the data from the games, if you do not want to lose them do not update.
This version can request write permissions (it is only to save the progress of the game).
– Bug fixes and performance improvements.
-Lower RAM memory consumption
-Lower battery consumption.