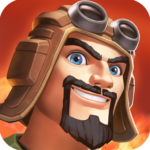 It shares the same universe with the MOBA game, but the game rule is totally different. You are not the tank driver. You are commander!

In each battle, you will send up to 8 troop units to the battle field. Command them to attack enemy base, and win victory!

Same as TankCraft 2, you can build your own base, DIY and design your own map.

Features:
* Send up to 8 troop units to battle field, command them to attack.
* Collect coins and equipments, upgrade and unlock your tanks.
* Join a clan, share experience and battle together with other gamers.
* Gain victory stars and climb to top of the leaderboards, prove you’re the real clash master!
* DIY maps and build up your own base.

WiFi or 4G internet is required to play this game.
* Change game rule to strategy card