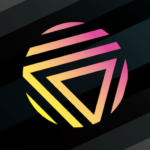 Super Nova Smash! is a fast-paced phone & card party game for 2-8 players about racing through the blast of a supernova. The goal is to get rid of your cards before your friends — and do as much damage as you can while you go.

NOTE: This game requires a specific deck of cards to be able to play it. The app without the deck is indeed very attractive, but generally useless.

The app is there to tell you when to play, give you random challenges, and generally make your life a panic-inducing nightmare (in a fun way!). The app will randomly assign turn order and occasionally force all players to compete in quick, frantic mini-games on the device — often when they least expect it.

The first person to get rid of all their cards and tap the button in the middle of their screen gets the most “Space Points”. Rounds typically last about 3-6 minutes, and the player with the most Space Points at the end of 10 rounds wins!
More bug fixes! The most notable of these are in the shockwaves (no more having to look for targets behind you!), but we also took care of some of the most niggling annoyances too, like damage counts being randomly reset and stuff like that. Enjoy!