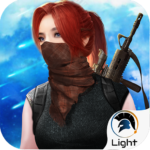 Do you pride yourself on your focus and concentration? Do you like to play the most addictive shooting games to test your skills? If your answer is yes, then Counter Terrorist Strike team – Counter Rivals Online FPS is just the perfect combat game for you right now.
This online game is amazingly designed with an awesome environment to give you the best experience while playing. As a player, your task is to concentrate and maintain your focus so that you can kill all enemies with your weapon. There are many enemies there and your mission seems to be a bit harder because you will have to be very precise at your shoots to kill them without mistakes. Not only that! You can enjoy playing within an online mode against players from all around the world.
Strike team AK47 Online -TPP- FPP game is a cool and insanely endless combat game to test your skills. Get hours of fun by playing this awesome 3D game, you will fall in love with it, the moment you start playing it. It offers hours of fun that too free of any charge

Plant the C4 explosive and run down its countdown without the Counter-Terrorists defusing it. The bomb timer lasts for 20 seconds.When the bomb explodes the terrorist team will win!!

Defuse the C4 after it has been planted.
Eliminate all Terrorists before the C4 is planted.

Players have an infinite amount of respawns with full armor, and come back within a few seconds of their death
Players will be protected for 5 seconds when revived!

✪ ✪ Classic mode ✪ ✪
Divided into two teams of terrorism and anti-terrorism
When one team is killed, another will win and start a round
You can watch other players when you die!
You are revived at the start of a new round

We always listen to all the comments from the players to continue to improve the game better!