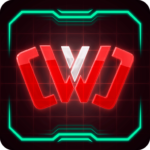 HEY SPY NINJAS, CHAD & VY NEED YOUR HELP! Join the SPY NINJA NETWORK to help Chad Wild Clay & Vy Qwaint defeat Project Zorgo! Use Spy Ninja tools to climb the ranks and see if you’re among the best in the worldwide network. Get clues from Chad & Vy about Project Zorgo, and receive special intel through the app!

? USE SPY NINJA TOOLS
The more you play, the more you help the fight against Project Zorgo!

Use the HACK PROJECT ZORGO tool to build circuits that lead into Project Zorgo’s computers and together, we can access their secret information!

Project Zorgo is trying to stop us though. They’re putting viruses on our circuits, so be sure to use the DESTROY THE VIRUS tool to blast their viruses off our network!

More tools will be released as Chad & Vy gear up against the Hacker!

? WHO’S THE BEST SPY NINJA?
View the scores of the top Spy Ninjas in the worldwide network. See if you have what it takes to be the best Spy Ninja in the world!

? OPERATION X BEGINS
Collect Ninja Gadgets as you get your Spy Ninja gear ready for a new mission – to be uncovered by Chad & Vy!

? CLUES & INTEL FROM CHAD & VY
Chad & Vy will be sending clues through the Spy Ninja Network so be on the lookout! Plus get secret updates and intel.

If you’re a true Spy Ninja then download the app and get on the Spy Ninja Network now – Chad & Vy are waiting for you to help take down Project Zorgo!

We update the app regularly for you Spy Ninjas to continue having the most fun experience possible. Keep fighting Project Zorgo!

Let Chad and Vy know what you think of the app! support@spyninjanetwork.com