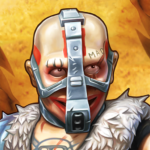 Shelter War is a zombie shelter game. The last world standing, the shelter, where you will build a city, develop a bunker, save and train the survivors, and fight the undead nation. Survival strategy is the most important thing in a post-nuclear apocalypse world, full of zombies and radiation. Secure you vault and build it from the zero point into an underworld stronghold. Turn you Z nation into a leading faction.

Beta game features:
— A vault with dozens of rooms for you to build and upgrade;
— First- and third-person game modes. Survival in apocalypse through the eyes of dwellers and in solo quests;
— Different training approaches for fallout survivors: military or civil, or both;
— Trophy or crafted equipment for squads; crafting of thousands of unique items, crucial for survival;
— Campaign mode, featuring hundreds of battles with complex enemies and an elaborate story;
— Constant battles with undead, mutants, robots, zombies, raiders, and other players;
— Cool vehicles, from an apocalypse buggy to a combat helicopter;
— Original setting of a post-apocalyptic fallout underworld.

Work in progress:
Multiplayer mode:
— Raiding other players’ bunkers;
— Deathmatches in Fighting Pits;
— Friendly support and exchange of resources;
— Friendly alliances and clan wars.
1.2.13b
What’s new:
– Adjustments to the difficulty for replaying locations
– Changed price for entrance and awards in Rock Dome and prices in Rock Shop
– The Fallen’s tokens have been removed from the awards for completing the locations of high difficulty. They are now can be found in boss chests
– Weakened the effects of Boosters
– Fixed bug with starpower of starting dwellers
– Adjustments to engineers weapons
– Fixed technical bugs in bioprinter, invasion, log and combat system

Dawn of Zombies: Survival after the Last War 2.23