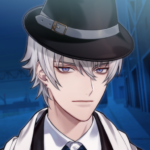 ✢✢Synopsis✢✢
You are a fearless reporter who risks her life to write articles covering Italy’s most notori-ous Mafia group, the Cosa Nostra. A past that you would rather forget leaves you with a grudge for the mafia, and you will do anything as long as it connects to the next big scoop, bringing you one step closer to destroying them.
One day, an informant tells you that something big involving the mafia will be happening at the pier. You know the dangers of sticking your nose where it doesn’t belong, but aren’t fazed in the least. As you secretly observe the criminals in the midst of their drug trade, you think that you have hit the jackpot for your next article… until you witness a murder. To make matters worse, the mafia have caught you spying on them! With cold-blooded criminals on your trail, you think that it is the end for you… until three handsome strangers come to your rescue! Seeing as you have no other option, you agree to let them help you.

However, you soon realize that the three men are part of a powerful rival mafia group… they claim that they will keep you safe, but how can you know you’ve fallen into the right hands?

What have you gotten yourself into?
Will opposing tensions develop into romance between you and the handsome mafia men?
Thus begins a thrilling romance with attractive mafia guys!

✢✢Characters✢✢
♠ Roberto — The Cold Mafia Boss
A young mafia boss with a tough exterior. Having no other choice after his father’s death, he succeeds the mafia group, but dreams to someday be free of the dangerous life the mafia presents to him. Strong and collected, Roberto does not rely on anyone and pre-fers to deal with his troubles by himself.

♠ Stefano — The Pushy Younger Brother
Younger brother to Roberto, Stefano is playful and good-natured with a strong sense of adventure. He holds an admiration for the mafia and is determined to follow in Roberto’s footsteps. Despite having dangerous aspirations, he is just a teenager who thinks he knows more about the world than he actually does.

♠ Marco — The Mysterious Mafia Executive
A higher-up of the mafia. He has a polite personality, seemingly unfitting for that of a powerful mafia member. Marco has a smile that hides a million secrets, but he is always gentlemanly and careful not to let any unnecessary information slip. The other mafia members put all their trust in Marco, but they might have reason to doubt…
HP – https://drama-web.gg-6s.com/
FB – https://www.facebook.com/geniusllc/
Vk – https://vk.com/public124501544
Instagram – https://www.instagram.com/geniusotome/