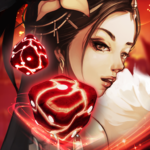 —
■Never before seen a Real-Time game set in the Three Kingdoms!■
Extreme competition to unify the kingdom of Wei, Shu and Wu.
A strategy of the battle evolves around the board as time passes.
Unpredictable outcome until the very end!

■Over 300 Hero Cards from Romance of the Three Kingdoms!■
Build your deck of Heroes from 300+ card.
Collect, upgrade and evolve cards ranging from C to SSS class.
Collecting cards with beautiful illustrations of the classic heroes!

■Real-Time PVP Battles Against Players from All Around the World!■
Unleashing your deck of heroes in thrilling real-time PVP battles.
Play in real-time with up to 4 players in battle or team versus team mode.
Play with your friends and test your strategy against friends!