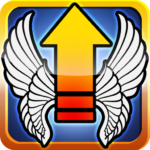 Rise To Fame is blow your brains RPG where you can manage your music band as a group of warriors and fight against drunk and angry music fans !

Game brings you the amazing experience of a music game to enjoy on the go. It’s a place where you can behave like a real rock-star: smash your guitar, dodge projectiles from the angry drunken fans, get the girl’s attention, have your own groupies and play for everyone from cowboys to zombies while you tour the world!

This unique game with the combination of music,fast-paced casual gameplay will rock your world,whether you are a fan or a band manager,or you love guitar hero.

Fight & become famous. Pick your weapon of choice guitar,bass,drums,clash the microphone and lead your warriors on tour.

Features:
• 3D GRAPHICS – Amazing, stylized 3D graphics.
• SONGS – 5 totally original rock songs especially customized for this game !
• STAGES – Various stages where you can try to make audience happy before gig ends and become a superstar
• ALTER MUSIC – Do some “music production” and alter the music tracks with different special abilities of the band members
• OUTFITS – Customize your band’s looks with awesome outfits, which serve as your armor and shield you from missiles
• INSTRUMENTS – Try the best instruments as your weapons !
• SKILLS – Build your skills and world is yours!
Version 1.1 – some bug fixed.