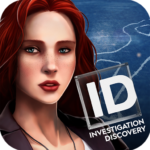 Red Crimes: Hidden Murders – Corruption is ravaging the city of Rouxville. Crime has been left to run riot and your partner, Cadence “Red” Flanagan, is in deadly danger from a serial killer. Time is against you – download now and become world’s greatest detective!

Investigate thrilling crime scenes, build the best crime scene investigation team and solve hundreds of cases. But, what will the next crime scene look like? Why are they doing this? Who are they and can you bring them to justice? All you know is your friend and colleague Red is in deadly danger.

Take control of Rouxville’s police department and build a team of dedicated csi professionals in this fascinating hidden object game, filled with real forensic scientist experiments. Red, the city’s top woman detective, will be at your side while you uncover the mystery of a never-ending series of brutal crimes. Analyse clues, build your criminal case, follow new leads and bring the villains to justice.

FEATURES
• Investigate stunning 3D hidden object crime scenes and seek essential clues.
• Examine clues and process blood, bullets, marks and other evidence found.
• Perform realistic 3D autopsies to discover the cause of death.
• Build and train the best team of police force professionals.
• Manage and upgrade your police station to restore law and order in Rouxville.
• Arrest the criminal minds and bring them to justice.

PLEASE NOTE – Red Crimes: Hidden Murders is free to play game, however some game items can also be purchased with real money. Acquiring in-app purchases is not required to complete your criminal case.

This investigation game is brought to you by Investigation Discovery, published by iEntertainment Network, and developed by Gamaga, the developers behind Banana Kong and Operate Now: Hospital.

ACTIVITIES
“Investigate” hundreds of crimes.
“Search” for hidden clues.
“Analyze” the victims body.
“Process” the clues found.
“Arrest” the criminal minds and solve the case.
“Lead” a team of CSI detectives.
– A new mission screen has been introduced, and it has been separated from the police station screen.
– Leveling up the police station, protecting sectors and completing assignments have new tutorials.
– All hidden object and crime scenes can now be played in the Archive game mode.
– Three new characters have been introduced for consulting cases.
– Inspector, Special Agent and Captain boxes now reward cash instead of gold.
– Match task’s interface has been improved, and buttons are now bigger.

Pirates: Mystery of the Skeleton's Island 1.9.6