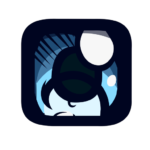 In a universe far beyond the reaches of humanity lived a peaceful race of entities named Okulo, each demonstrating the might of two of the four elements: Air and Water. They lived and prospered until the arrival of the Dormi, dark mirrors of the Okulo power and morality. The Dormi were comprised of the powerful elements Fire and Earth. Each are natural enemies of their opposites: Fire consumes Air, Air erodes Earth, Earth absorbs Water and Water extinguishes Fire.
The Dormi threatened to shut the eyes of the Okulo forever, ending their watch over the peaceful plane of existence they strived to protect. The Dormi and Okulo cycle of destruction seemed to know no end, a constant battle until one faction was wiped out. Instead, the Okulo proposed a different option: The Dormi and Okulo could face each other in a separate dimension called the Okulo Zone. There they would do battle without bringing harm to either race, while still proving who was the better of the two.

Game is played in teams of 2 players:
• Red team: fire and earth
• Blue team: air and water
2 opposing teams play in the sector joint game. If there are not enough human players to form teams, real players will be replaced by robots.