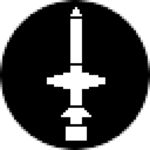 Ideological wars. Fake news. A rogue state expanding its nuclear powers. Snowflakes. Brexit. Trollskis. And something about a wall.

We live in a tense, divided world; where some analysts say we’re on the brink of World War III. Well those analysts are wrong, for World War III is already here, and it’s taking place IN THIS APP!

Wage cruise missile warfare with players all over the world, from your real world location. Turn up the heat with ballistic nuclear missiles, but spend your funds wisely. Engage the incoming threats in real time with interceptor missiles from your SAM sites.

And when it all gets too much, provided that you can escape the blast radius; RUN!

A friendly group of players and developers awaits you in our Discord group, accessible from within the app, to get your empire up and running.

All that’s required is your mobile device, and a username via a simple in-game registration. A unique encrypted key from your device’s identification will be used to identify your account. Your real world location will be shared with other players (a “privacy zone” feature exists that allows you to obscure your home, workplace, school or other sensitive locations from the game).

Launch! is a one-of-a-kind, experimental, non-commercial game created and run for fun by volunteers expanding their skills in game development & general internettyness. It is hosted on a tiny server in the middle of the North York Moors, but actually works quite well most of the time. Please bear all this in mind before directing your ire towards the Discord group and/or Play Store ratings!

Cheaters will be detected by intelligent algorithms and banned instantly.