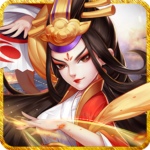 An action-packed kungfu RPG with millions of worldwide players.
Find the Heaven Letter, defeat the Evil Sect in KungFu Arena and make martial world a peaceful place again.
Summon and command 600+ heroes, fight in an epic kungfu war to become the Leader of all sects.
Compete with other martial fighters for victory in the Cross-server Wulin Tournament.
Assemble the greatest team for strategic victories!

KungFu Arena: Legends Reborn.
******
Features:
[An open-world to discover]
– Join with millions of players in an open world! See, chat and clash with them in this kungfu game!
– Unlimited formation customizations for you to choose.

[Strategic Gameplay]
– Perfectly balanced – Every hero has a different use.
– Create your own formations with smart strategy. Turn the tide of the whole battle with only ONE hero.