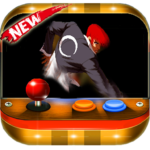 KOF 2002 it’s an arcade fighting game,from (拳皇97) is released in 1997 very popular in the country, compared to the first three versions of game have a greater improvement in all aspects.

You can play as a king with fast movement and 6buttons , choose your fighter from the list and fight in all stages to the final when you face the boss ,enjoy :).
version 1.0