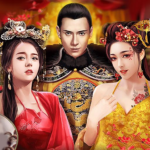 Top RPG Game with the royal story of Great Emperor, Fascinating plot Story with evil consipracy to dethrone your positions through intense War Strategy, it’s your duty to manage your land for greater good in this RPG Games, save the people from brutal barbarian Invasion with ernomous Defending Strategy! Imperial Palace, Top Free Game with exciting features that will bring you to fulfill your destiny to become the greatest Emperor in the history!

– Decent Graphics can lead you to the utmost experience –

Beautiful Lady will be waiting in your Luxury Chamber, cherish them to release all your stress, feel their support by increasing your certain officers and be the witness of Royal Beauty Power! Find your true love story!

Raise and trains your Heir, as they become adult, related with others Powerful players by marry your Heir, they will grant you bless that increase power of your Armies in the battlefield!

Recruit Nobunaga Oda and Cao Cao to become your loyal retainers, develop their War Strategy and lead them to become the strongest general in history that will lead Empire armies to the Top of Eternal Glory!

Fight against Sultan and War with Barbarian Army to defend you country! Survive the attack and you will be rewards tons of treasure, rewrite the history and become the strongest Emperor in History!

Nonstop exciting events is waiting for you! participate and get tons of rewads by login inside the game and play with your friends! what are you waiting for? Download and live the RPG Adventure!