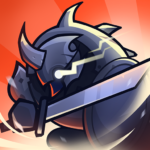 The Dresden School of Magic is a famous institution on the magical continent. All the magicians dream of the ideal temple. The summoner is a unique singer in the magician. They can use the spiritual power to summon the hero to do things for themselves. Eliza is an outstanding summoner at the School of Magic. She is smart and brave. She is very much valued by teacher Dres.
Recently, a large number of monsters who do not know where they are coming suddenly invaded the world, and they have disturbed the world order. The summoners have summoned heroes to resist the invasion of monsters, and Eliza is one of them… Eliza has never faced such a large-scale actual attack. Although there is no experience, the sense of mission drives her to defend the world, and Eliza has never I never thought that this fierce battle was caused by myself…

The world has fallen, how can the genius summoner stand by and watch the fish! Come and summon your hero to defend the continent and restore the order of the world!
Fix some bugs. Preparing the cloud save function. It will be available in the next update.