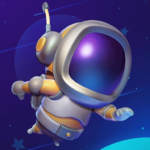 Idle Galaxy Miner is one of the most fun casual idle games lately! In this game, players must combine and evolve their mine carts to create better carts and increase their mining yield! In the new Boss mode, players must defeat difficult bosses to be granted entrance into the Super Mines, where more interesting things are happening. Come build your base in space and unlock more planets!

– Compete with players from around the world to see who is the next space tycoon!
– More than 60 mine carts to be used on all the different planets.
– New Boss Mode and Super Mines

About the Game:
– Combine mine carts to upgrade them, and mine with them to increase your income.
– There are more than 60 different mine carts for you to use. Create better carts that mine faster.
– Pay attention to treasure chests that drop while mining. They contain amazing rewards!
– Defeat bosses to earn entrance to Super Mines.
– Super Mines have significantly better rewards than ordinary mines.
-Make profits even while you’re offline with the idling system!

More modes will be added, so stay tuned to Galaxy Miner!
Idle Galaxy Miner has been Released!