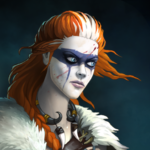 Heroes of War Magic is a hardcore mobile strategy game with turn-based gameplay which takes place in a huge fantasy world. Players that love deep gameplay can find here tactical battles in the style of old-school PC wargames.

Heroes of War Magic is also a role-playing game. It offers all that you love in RPGs: choose a path of level-up upgrades for your heroes, combine them into squads, equip them with enchanted weapons, armor and artifacts.

In this game you do not need to save the world, fight against evil or challenge the gods. Total domination and the creation of your own Empire is the main goal.

Heroes of War Magic: Chronicles – it’s time to update your list of conquests!

⚔️ SOPHISTICATED COMBAT SYSTEM. Every turn you need to make difficult decisions to bring your squad to victory with minimal losses. Choose how to achieve triumph: use well-thought-out Strategy and Tactics of each fight or top Weapons and Artifacts that annihilate the hopes of anyone who gets in your way.

🧙‍♂️ LEGENDARY HEROES of Sword and Magic with different skills and talents. Combine heroes to create the best parties against different opponents. There is no an invincible squad in the game, analyze the enemy’s weaknesses and pick up counter-heroes.

🥇 HUNDREDS OF LEVELS with unique landscape and tactical plans. Each level is not just a background, different battlefields give advantages to heroes with different abilities.

Heroes of War Magic is a free to play game, you can speed-up your progress and buy some in-game objects for real money. If you don’t want to spend money, disable the purchase option on your device.

For any question mail us: support@khangames.ru
🛠 In this update, we significantly decreased the time of transitions between the City screen and the map.
🛠 We have improved game saves, now it’s almost impossible to lose progress.
🛠 We added some patches to improve the connection to the game server.

🛠 The game balance of the third map has been changed, many opponents are significantly nerfed.
🛠 Also fixed about 9000 bugs.

⚔️ The game now has the Resurrection button – you can raise your fallen heroes right during the battle.