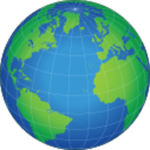 Grand Strategy brings the concept of a persistent online user experience to the game of RISK.

Inspired by the board game Risk, Grand Strategy is a turn-based game for two to ten players. The game is designed to be played in real-time, or in a slower turn-based mode where you play one or two turns every day in as many as thirty different games.

(1) In Campaign mode, two factions fight for victory in one grand war. When you join a campaign, you choose a faction. Each separate RISK game occurs on a territory map. A campaign overworld map links the territory maps together. As games are won and lost, the factions gain and lose territory and victory points on the overworld map.

(2) In Casual mode, you can create games and work your way up the leaderboard. Play realtime games or 24 hour turn games.

The game supports multiple maps and game options. Grand Strategy is free to download and play. There are no micro-transactions or advertisements in the game.

The game features a twenty hour turn mode where you log in once or twice a day and take a few turns.

Grand Strategy must be played online. There is no offline mode. The game is Player vs Player. There is no option to play against AI.

Grand Strategy can be played in German, French, Italian, Spanish and English. Just select your language of choice from the Settings Dialog.

There is a free Windows or Linux client available on the Denizen Seven web site. If you’re having trouble on your phone, that version is recommended until the game is more playable on smaller screens.
New map.