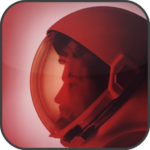 Earth is dying. The conflict that unfolded soon after NASA document leak went far beyond what anyone could have imagined. US government took it to the whole new level by hiding evidence of alien artifacts discovered by Viking 1 lander. Subsequent missions, some of them completely undocumented, were bringing Neferu¹ tech back to Earth for reverse engineering.

No longer being alone in this galaxy was a lot to take in for many. The religious bubble burst, the anger at a tipping point, the social unrest reached a resonance from which there was no coming back. Much like there is no coming back from nuclear war that followed.

So here we are, on Mars, surviving.

You will be managing a small colony, trying to stay afloat in new, harsh reality. This is an online MMO strategy at its best, compete online with other players from around the world. Good luck and watch your back, as no one else will – we are no longer alone in this galaxy.

(1) Neferu
Previous inhabitants of our new home, interstellar nomads jumping between small worlds in our galaxy. Their untimely departure a result of a brutal war, war that changed Mars forever. The planet is dead, the perpetrators long gone, their high-tech junk buried in shallow graves under ever changing sand. Traces of their galactic adventures are all around us.
add colonies/sites to sector favourites list