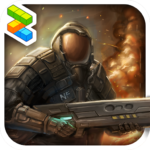 Galaxy War – The new Colony
Take more colonies to the victory of galaxy war. Take or lose them, it is your choice!

In the year 2123, explorers on the galaxy Jeus discovered the remains of an ancient spacefaring civilization. In the decades that followed, these mysterious artifacts revealed startling new technologies, enabling travel to the furthest start and to transform unimageable powerful weapons more than ever in entire human history. The basis for this incredible technology is a force that controlled the very fabric of space and time.
They called it the greatest discovery in human history. But… They didn’t even image Alian creature called ‘Alien Species’ which are gurdians of the civilization. They are coming to destroy ‘Human’ to protect their civilization. And more dangeorus creatures ‘Extraterrestrial’are waiting outer space!

★ Galaxy War is multi massive online multiplayer game! it is most addictive strategy game. Choose your race among Human, Alien Species, and Exraterrestrial, Expand your mutil colonies as possible as you can, And Ally with other firends to lead your victory!

★ Please Note ★
This is an online game. it is needed internet connections!
It is compatible with all version of Android .

★ Having Problem? ★
If you have any problem with Galaxy War, Please contact us via support@gamezen.com or leave your message at http://forum.playgamezen.com.