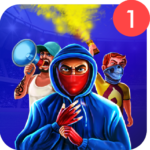 Be a part of Football Fanatics & Support Your Football Club Like Never Before!

A place where you can live your fantasy of being the most dedicated fan towards your club.

Create your own Club, Take on other Football Clubs in the Division Clashes through real-time face off.

Win and gather more fans for your club. Be victorious throughout the Division & Join the Legends of the Divisions

Collect Cards to Build Your very own Deck & Defeat Your Opponents!

Encounter players from around the world in real-time and form a large Fan base in Division Clashes.

Strategic gameplay makes you decide which card comes out next!

Fight off the opponent’s ultras in battle mode

Progress through multiple Football Seasons all the way to the top

DEFEAT YOUR ENEMIES, FIGHT FOR GLORY.

Master your deck, and assemble powerful Patterns, in this fast-paced card game of cunning strategy. Seize control over the Division Clashes and experience dazzling real-time, player vs. player battle.

[Supported OS]
Android 4.3 and above

Network connection is required to play this game.

– Introducing The Champions divisions.
– Progress past the division 01 to join the ranks of the champions.
– Unlock all-new stadium for the champions