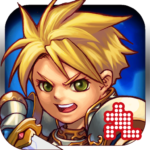 Play the best classic MMORPG, only in Empire Online!

A truly massively multiplayer online role-playing game:
Train your own epic character, create an unstoppable team, and build the most formidable empire in the land! Defend your empire with your friends and conquer others to expand your empire!

It’s time to begin your journey in a land with gods, demons, and legions of mystical creatures on your quest to save the world from destruction! Embark on branching quests in this MMORPG through unique levels, build your own legendary team of adventurers and the most exciting of all — establish your own empire!

USER REVIEWS
“GREAT MMORPG!!! Best avatar/skill/equip customisation i have seen in any mobile mmorpg. Fun quests, pets and mounts, empires, events… So much fun. I will never get bored of this game!” -Christopher
“Awesome It’s a must try for all mmorpg fans from the battles to the customization of ur anime looking character ull be hooked forever lol check it out” -Gareth
“Best game ever! BEST game ever download now it’s a must have , never seen any mmorpg this good!!!” –SHAILESH
“Its the best 2D mmo in mobile consoles It has its own pet system. You determine the stats, skills and the equip you want to wear. You can any weapon provided you satisfy the requirement, you get to lvl up even by grinding or questing. What more can you ask for?” -Denis
Stall – the player’s own store