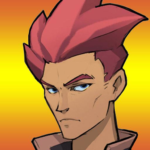 ELEMENTAL BATTLE ROYALE & MORE! 🔥
Battle in the Element Arena for fast paced action in under four minute matches. Fight in any way you want, with multiple playable classes and game modes. Collect unique heroes to brawl in style 😎

FIGHT EPIC BATTLES IN MULTIPLE PVP GAME MODES
– Free for all – An all out fight battle royale style with three lives each. Smash your way to the end with a unique lives mechanic!
– New game modes coming!

ELEMENTAL MAGIC, MECHS AND ROBOTS
– Element Arena is a magical place where a magic spell, an ice sword, or even a fire-powered robot are equally powerful. How will you choose to fight?
– Inventors constantly create new magic technology, Wizards constantly train and craft new spells. There are Brawlers, Surfers, Mages, Ninjas, and more.

UPDATES EVERY 2 WEEKS
– Expect new classes, heroes, maps and ways to level up as we work with you to make the game better!

COMMUNITY LOVE
– We <3 our community. Come hang with the devs and we will take your feedback to make the best game we can, together.