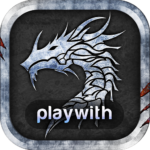 Free-to-play mobile ARPG based on the critically acclaimed high-fantasy novel series with over 50M readers around the globe is available now.
The widely successful mobile title which reached number 1 on South Korea and Taiwan’s free games charts has come to the North & South America.

The epic ARPG places you in the midst of a struggle to save the kingdom of Bisus from a Crimson Dragon that terrorized the continent some 20 years ago.