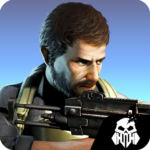 The terrorist organization has developed a new type of zombie virus. But the virus accidentally spread, all members of the terrorist organization became the first batch of victims. All citizens’ lives are under threat.
You are the chosen savior of the organization. You either clear all infected people before the virus spread, or destroy the entire city.
Are you ready?!
This is destined to be a difficult journey of salvation. Just arm yourself well. A powerful weapon is the foundation of survival. You can’t expect to destroy all the zombies with your fists.
Pistols, light machine guns, assault rifles, precision shooter rifles, shotguns, submachine guns, sniper rifles…All the weapons are already in the arsenal. To get them, you have to prove your strength to the organization.
Every corner of the city has been occupied by zombies. The more zombies you beat, the more likely you are to get more powerful weapons. Open the gun sight and shoot at zombies’ heads. Just show your sniper instinct.
Some virus carriers have gained special abilities. Some of them have very high armor which will greatly reduce the power of bullets. Some can launch long-distance attack. Before they pose a threat to you, just aim and shoot!
Participate in the daily reward campaigns to earn high rewards and exchange for more powerful weapons. The more precise the shooting is, the stronger the destructive power. If the mission failed, the whole city would be destroyed.
Only the confidence and fearless courage can complete the final redemption! Warrior, are you ready to come and experience this awesome first-person shooting game?!