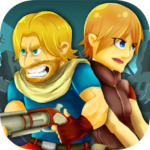 You are saviour of mankind in this macabre city fast evolving into a zombie apocalypse. The city is infected, and blood is everywhere, only you have the courage to take up the challenge to face the cruel and deadly army of zombies. Pick up your armour, battle bullet and strategize the defence and wage a war against fearless zombies. Your great shooting and fighting skill will help you survive this insanity of zombies. The leader of Zombies killer army is invincible therefore, your favourite sniper rifle is the only hope for survivors in the zombie hunt. You need to shoot zombies in their head to survive.

Hurry up, take your special battle bullet weapons and concentrate on your dead target in this epic zombie shooting adventure. Only the wise shooter with great fighting strategy will survive this thrilling zombie hunt games. The virus outbreak is spreading like wildfire in the city, transforming normal humans into super evil zombies’ killers with no emotion or whatsoever. The town desperately needs of a hero to lead the survivors and find a way for the ultimate safety survival.

Don’t wait, just download Zombie Strike and make yourself the real hero in this thrilling mortal kombat against the endless waves of fearless zombies. As your special battle bullet weapon is the only tool to help you survive, shoot zombies before the invasion comes towards you. The dead can come anytime in this Zombie game, therefore, just focus on your target in this epic zombie shooting games. Only an intelligent shooter with great shooting skill will win the last deadly zombie war.

Now immerse yourself and lead from the front in this realistic zombie shooting game with following features:

– Enjoy the thrill of grand game scenes and multi-story buildings

– Army of zombies come in many forms with various killing abilities

– View of the first person makes you feel more immersive

– Upgradable your combat skills during your survival in this zombies apocalypse

– Confronting epic challenges in the frontline, upgrade your missions’ quests

– You will also have smooth game control

Hurry up! The time is ripe to bravely face this zombie apocalypse world and shoot in the head of deadly zombies.

Your leadership and amazing shooting and defence skills are greatly needed for the survival of last humankind.

In Zombie Strike, you need to manage your gunship and bullets and kill Zombie before they drive you to death. Pull the trigger at lightning speed and accuracy to watch extreme kills. The game will let you make zombies bleed profusely by shooting them on the face! Increase the counter of dead and compare your efficiency with your friends on Zombie Strike Game’s leader boards!

You can download deadly Zombie Strike for FREE now and lead away to survive this zombies war combat now. Your leadership is greatly needed for the last humankind survival.

What are you waiting for, bring this new game experience!
Smoother gameplay for a more fun zombie shooting entertainment!