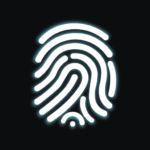 Imagine having the smartphone of a murder victim. Finding clues in their personal messages, photos & apps. Introducing Dead Man’s Phone – a mobile-first detective drama – starring YOU as the lead.

You are a London detective, working in New Scotland Yard, who investigates and solves murders through the smartphone of murder victims:

Run an ENTIRE murder investigation from your phone.

If you enjoy TV crime dramas, you will be hooked by Dead Man’s Phone.

The murder-mystery reimagined for the digital age.

The app pushes the boundaries of immersive storytelling – your detective partner in the narrative, DCI Michael Sutherland, is voiced by a REAL homicide detective, Detective Sergeant Simeon Cryer.

Det Sim Cryer has spent 20 years as homicide detective in the Bristol Major Crime Team pioneering the use of data in crime-solving.

As Dead Man’s Phone narrative consultant, Sim has helped root the story & your choices in his lived-experience.

Your choices as a detective have impactful & lasting consequences – and can radically alter the narrative.

Face ethical dilemmas that challenge your principles & shape the detective you will become.

Run your case with professionalism & integrity OR be ruthless in pursuit of your goals.

The choice is YOURS.

16-year-old, Jerome Jacobs, is thrown from the twelfth floor of a London tower block. Jerome is a smart, talented and popular young man. His death stuns the community.

Run the Jerome Jacobs murder investigation from your phone. Uncover the mystery of redman & bring his killer to justice.

WARNING: this an early Beta test and so any progress made may be lost.
Episode 2 has LAUNCHED. The thrilling next chapter in the Dead Man’s Phone series:
– Unlock victim’s PHOTOS and VIDEOS
– New interrogations
– New phone calls
– CCTV footage from night of murder
Dead Man’s Phone – an interactive detective-crime drama – starring YOU as the lead.
– Search a murder victim’s smartphone for clues
– Command your police team on the ground
– Interrogate suspects
– Make Calls
– Influence News Headlines
– Find the Killer
Run an ENTIRE murder investigation from your phone.