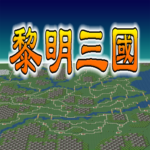 《Dawn Of Three Kingdoms》 is a three-kingdoms background SLG game alone. There are many generals in the game, including Liu Bei, Guan Yu, Zhang Fei, Zhao Yun, Sun Ce, Cao Cao, as many as 500 generals, can be quite rich, you can upgrade their role to improve their special ability. The game will appear, including the crane wing, fish scales, including 12 kinds of ancient art of war formation, increased to the battle system. The hero’s reputation will have an impact on the strategy, and the number of instructions will change. The game supports up to 11 original plays, from the “Yellow Turban chaos” to “Star Fall Wuzhangyuan”, basically summed up the history of the three countries.
Through the editor function, you can create their own generals, to build their own three-kingdoms worlds.
1, AI optimizated.
2. The growth of generals adds switch controls.
3, Adjust the “乱射” maximum attack target is 4.
4, Fixed the problem of minimap.
5. Fixed the problem of not receiving rewards.
6, Repair the list automatically remember the last position, and then drag the incorrect question.
7. Fixed the problem that the “水计” could not be used for some time.
8. Fixed ally of defenders sometimes not join the battlefireld.
9. Updated SDK to fix compatibility with android 8.0.