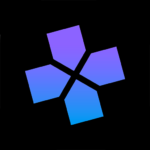 ——
Differences between This version and Pro version:
Important statement: After you purchase a Pro license in the DamonPS2 free version, you enjoy the advanced feature, compared to the purchase of the paid download DamonPS2 Pro on other Google Play Page, there is no difference between the two.

——–
We will release updated versions every 2~3 weeks. Unlike PPSSPP emulator, currently, the state of DamonPS2 emulator is still in early stages. For more information, please access our official website.:
https://www.facebook.com/groups/DamonPS2/
http://www.facebook.com/DamonPS2
http://www.youtube.com/c/DamonPS2

——
About Game ROMs and BIOS :
Due to legal restrictions, we will not provide any game ROM and BIOS image to players.

——
Special Note:
If you want to increase the game framerate by 10~40%, delete “Thermal Engine” file in the android system.

If you want to help us translate DamonPS2 from English into your native language, please email me: DamonPS2@outlook.com

New Features:
* Added a feature to close the auto rotate screen.
* Added cross-APP login feature. That is, the same account can log in to ” DamonPS2 on other website” or “DamonPS2 Free Edition on Google Play “