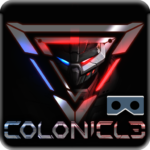 [Death match]
The battle takes place for 5 minutes and you must win a higher Kill score than your opponent to win. You can get awesome experience in a ‘Colonicle’ world.

I wish you a victory on the battlefield!

Sound changed
– Some sounds of the BGM, environment, and effects are changed.

Social function
– Friends feature is updated.
– Friend UI are available in the Home scene.
– You can check whether your friend is joined game or game playing.

Voice Chat function adjusted
– Voice chat function is simplified.
– It consists of three options : Voice Chat on / off, Microphone on / off and Voice Chat volume control.

Game system improvements
– Removed player’s all-boards feature from in-game.
– Added a system notification that will catch the attention of players who are good at it.
– At the end of the game, you can check the board as it is now.
– Removed unnecessary loading process to join the game more quickly and intuitively.
20.3.0 patch complete!
– Voice Chat function has been restored on low end devices.
– Quick Match function is deactivated.
– The whole game server has been unified.