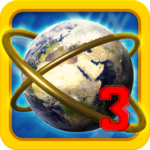 First choose a location on the global map then start developing your company – concessions, transportation, resources, research and development and many more!

Build and train army units. The world is now controlled by rich companies who use their money and power to force their control over the world economy.
In order to advance to the top you need to base on your strong economy to train and maintain large and strong army.
Using your army you can also attack your rivals destroying or stealing their assets and resources.

– G20 – the group of 20 top industrials countries are now placed in world map.
– You can invest in startup companies based in different countries and later on place bids in countries contracts
– Business environment more competitive then ever, max allowed buy of business and transportation units is now set.
– Biggest banks in the world are now placed in the world map allowing loans at different rates.
– Main screen switched from company screen to world map where all countries sites and companies reside.

You can also have your own soccer team, army experiments company, mining company, traveling and many more investment which can lead you to success ultimately becoming the strongest capitalist and the next business tycoon

As you move up the stairs on your way to become a business tycoon you will advance in levels and new interesting features will reveal like the stock market and alliances. Be sure to always put money on research and development or your company will be left behind!

Take your business and tycoon skills to the edge in this modern realistic capitalistic game of thought and mind and compete against the world strongest tycoons!
** new in this version **

Chat room: You can now read and pot messages on NBT-3 chat rooms
Getting started, Tips and tricks and Misc chat rooms available

More on this version: