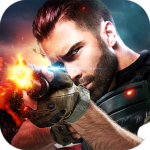 Battle Teams：FPS Battle is On APK

Informations sur l'application of Battle Teams：FPS Battle is On APK

Battle Teams, made based on the top FPS web game, has not only passed down the quality and gameplay of the web version perfectly, but also added a brand new mode – “Ultimate Survival”: The military transport aircraft passed by the snow field; hang gliders open for free landing; grab equipment and elude the poisonous gas during the night; Battle with opponents face to face during the day; persist until the final victory in the exercise.

【Survival mode , Ultimate survival】
Brand new survival mode in the snow field, original day-night cycle feature, battle during the day, sneak during the night! Solo, duo, squad of four, multiple options for you to choose! Provide you with a different survival game!

【Fair and reasonable survival game 】
High freedom scene, thrilling battlefield. Do you worry that you can’t find top equipment to beat others？ In-game store refresh items randomly, sell off the items you found, everyone can get top equipment.

【Smooth screens , Easy to play 】
Deep optimized for mobile phones and tablets, game screen is smooth and exquisite, the control is easy to be familiar with, and there are also more custom actions such as sensitivity adjustment and automatic fire setting.

【Contact us】
Battle Teams official website: http://www.battle-teams.com/
Battle Teams fan page: https://www.facebook.com/BattleTeamsGlobal/
Customer service email: customer@wizardgame.cn
New version of is upon us!
New large-scale adventure mode,independent interface, new growth system, fight zombies and monsters to win massive bonus.
New legendary weapons: AK47-God, a powerful legendary rifle that overrides all weapons and it can be obtained through legendary casting.
Skins System,Super Chip,Gene Evolution and so much fun are waiting for you!
Many function optimizations are also included.
Sincerely wish you have fun in the new year!
Thanks,
The Wizard Games

Articles Similaires of Battle Teams：FPS Battle is On APK