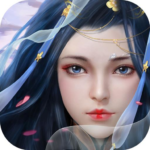 Game Features：
Based on the tale of Mountains and Seas, explore a treacherous and unpredictable world
Using the classic work of Mountains and Seas ancient mythology、demons and monsters displayed are in beautiful card form, adventure through the Mountains and Seas world. Witness ancient classics such as Pan Gu opening the heavens, and the goddess creating the sky, the Goddess Chang’s flight to the moon, the mythical bird jingwei trying to fill up the sea with pebbles. Players can collect cards, create different card combinations, and explore endless fun.

Exciting Team PVP Battles The 8 Wastes Alliance Champion of the 4 Seas
At the games core is Team PVP; Through guilds, blood oaths, sworn brothers, make brothers with those across the world and crusade together！Players can become self-reliant leaders, give full play to diplomatic strategies, form allegiances, gather allies, lead hundreds to capture territories and fight for the position of overlord. Occupy strongholds and cities each week, become a splendid statue and tower over the main city of Xuan Yuan, gaining worship from across the server!

Ancient Phantom Mounts Rare Beasts Transformed into Pets
The Mountains and Seas Legendary Turtle, Kraken of the Northern Sea, Demon Fox and the Golden Thorned Beast, Eastern Azure Dragon and the Corrosion Ice Tiger; Over one hundred ancient beasts can be found within the game. Players can search and capture across the six frontiers, and train exclusive mounts. In addition, there are wolves, minks, brown bears, kirins and other rare animals that can be turned into into pet babies, loyal to follow the fight!
Witness gorgeous screen effects and equip and train unique artifacts
Five classic character classes and 9 interchangeable skill types. Each class has a unique Deitas skill, and players can combine skills in a variety of ways, with Deitas arts offer maximum efficiency. Experience large on screen fights. Players can also build exclusive high-level equipment by strengthening, increasing stars, refining and recasting. In addition, there are ten artifacts, from the Nuwa stone to Shennongding tripod, to Pangu’s axe and Xuanyuans sword, forming the most powerful weapons in the world.