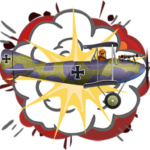 Age of Nukes is a free to play real-time multiplayer game with a single player offline battle mode available. Destroy the enemy king tower to win. Earn diamond and Rank winning multiplayer 1 vs 1 battle. Fight battle with both air,ground armies. Send funny taunts to your opponent inside game. Siege the enemy king tower with siege unit and protect them with other unit. Ranks are following with points

You can have nine unit in your battle deck. Choose your battle deck wisely. You can upgrade all units using your diamonds. Touch the message icon inside a game to send funny taunt to other player.