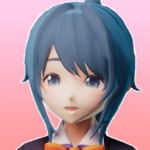 Japanese High School Simulator like a Open world game PLUS Rogue like action shooter
yamada tries to solve a reason of appearing of monster from another world.
yamada will be involved in a intrigue of unknown organization ‘GAFA’

Check a statue in a school, and the world becomes another world.
And then find the statue and knock a boss down!
Before knock the boss down, get enforce items from treasure boxes, fight zako enemies and level up.
But, if it takes time, enemies become power-up.

Let’s customize your character freely with a feature of making avatar.
Lots of achievements

****IMPORTANT****
I used google translation for in-game localization as short development.
I plan to localize.
Sorry for inconvenience.

If you talk and present to students and animals and citizens, and become friends, they start to fight with you.
Let’s keep a piece of city with co-operation.

You can’t afford to buy presents?
Try part time job or sell a dropped items, and get money.

You want to grab money from students or citizens!?
If you attack citizens, police starts to chase you.

Delivery From the Pain (Lite)