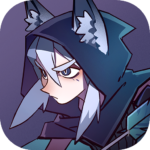 Beautiful art, collectible heroes
Enter the awe-inspiring world of Esperia, where an abundance of heroes await your orders. Four major factions- the Graveborn, Lightbearers, Maulers, and Wilders clash and cooperate. Tons of heroes and classes are at your disposal with hundreds each possessing their own unique abilities and attributes. Train up your band of heroes and venture forth into Esperia.

Go AFK and level up
Even when AFK your heroes are hard at work killing beasts and acquiring loot helping you to level up more quickly. Enjoy the spoils of war without the grind.

Play at your own pace
Fun, challenging quests instead of daily tasks. Play every day if you feel like it or visit a few times a week. Whether it’s your favorite new hobby or just your way to bring some fun to your commute, AFK Heroes has you covered.

Multiple quest types
Ascend the massive spiral of the King’s Tower, fighting your way up, or delve into the Arcane Labyrinth to find your way through twisting paths and foes in the dark.

Change the tide of the battle with a touch
Change your formation according to the enemies you’re facing off against. Manually set off heroes’ ultimate abilities to optimal effect, defeating your foes.

Randomly generated maze maps
Enter the maze, which will periodically change, adding another layer of complexity. Choose your path when you set out on your expedition.

A global community
Make friends and create guilds with people from all over the world. Call on your allies to join you in arms and set out together, teaming up to overcome the deadly trials. Esperia throws your way.
New Features & Optimizations
1. Added the new chapter: Chapter 21 – The Scorched Valley.
2. Added two new adventures to the Peaks of Time: The Far Frontier, The Ancient Ruins.
3. Added the new Artifact “Dura’s Drape” which can be found within “The Final Frontier” adventure.
4. Added ten new relics to the Arcane Labyrinth