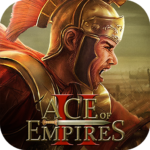 A brand new empire! Create your own kingdom with your own hands! We believe that you must want to be a unique emperor. Ace of EmpiresⅡ: Clash of Epic War will be your best choice.

In Ace of EmpiresⅡ: Clash of Epic War, stay alive by forging alliances with your friends and build an empire together. Freely placed the castle’s building to create a special castle. Develop your empire and bulk up your armies – you’re not the only ones with eyes on the throne! You are not the only emperor of building the empire! In this real-time MMO strategy game, you are always beyond the world’s lords. Emperor will not easily give up the throne. Powerful your empire, conquered the other kingdom, and become the real emperor to build a great age!

In this difficult and unpredictable age, it is vital that we build a powerful empires to get the throne and build the long-term foundations of lasting victory. This is the age that you can resist the invasion of others, build empires and conquer the enemies with your allies. In this age, allies can help you to fight with enemies to get the throne in the last clash. Discover the best way to conquer enemy warlords in this age!

In Ace of EmpiresⅡ: Clash of Epic War, build and conquer to create an elegant empire. Explore, conquer, and clash in the world with others in order to save your empire! You will in the van of empire civilization. This age could be violent, conflicting even cruel. But it could create a better age. You will be the best emperor in this age?

************ GAME FEATURES ************
Alignment
I.Check in alliance-manage-alignment. Only alliance members above R4 have this privilege.
II.The two alliances of the alignment can participate in the assembly.
III.If the combat power is too high, the alignment will be automatically disbanded.

City Occupation
I. Distribution: World map divides cities by resource band. Cities in different resource bands can collect different levels of resources, but there is no limit to attacking wild monsters.
II. Gain: Occupiers enjoy double buff bonuses, and allies enjoy the normal buff bonus of the city.
III. Appointment: Players without an alliance can only serve as a castellan after occupying the city; Players with alliances, waiting for the lords to appoint the castellan of each city, each person can only serve as the castellan of a city.

Cultivate Legendary Dragon
I. Dragon can be upgraded, and each upgrade can unlock new skill and enhance the basic attribute.
II. Skills are divided into inherent skill and replaceable skill. Skills can be replaced and upgraded.
III. Friendship will be consumed by war or upgrade. Giving gifts to dragon can increase friendship.

Fair Competition, Balanced Development
I. Optimize the formation of your armies, reduce the difficulty of weapon collocation.
II. Adjust the strategy to build an irresistible strong formation!
III. The development speed of time spending players is same as paying players.

Make Kings Rise and Fall
I. Attack enemies, plunder their resources, get the throne and to be the king!
II. Open the personal talent system, obtaining your special skills.
III. Each player has the chance to scramble for the throne.

Plus de the Flamingo Games